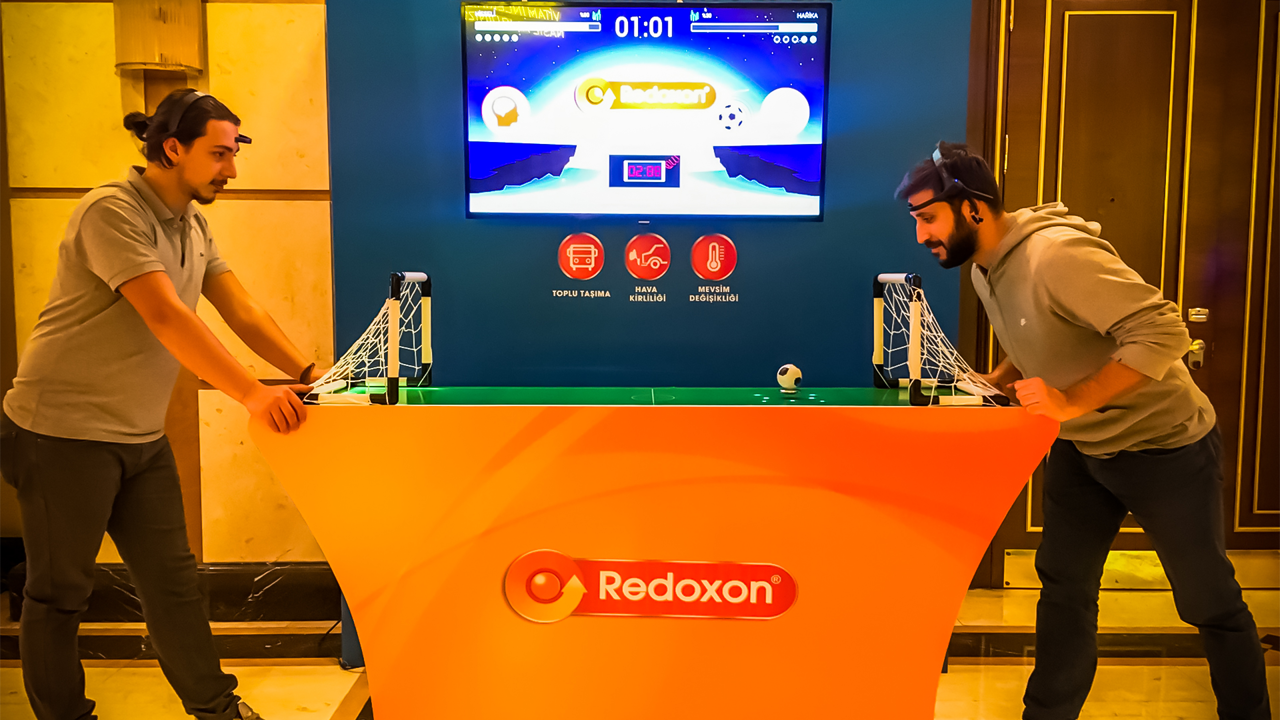 The score is shown on the screen behind the game, in real-time. The scoreboard has been kept by the system so it is possible to organize a competition with this system. 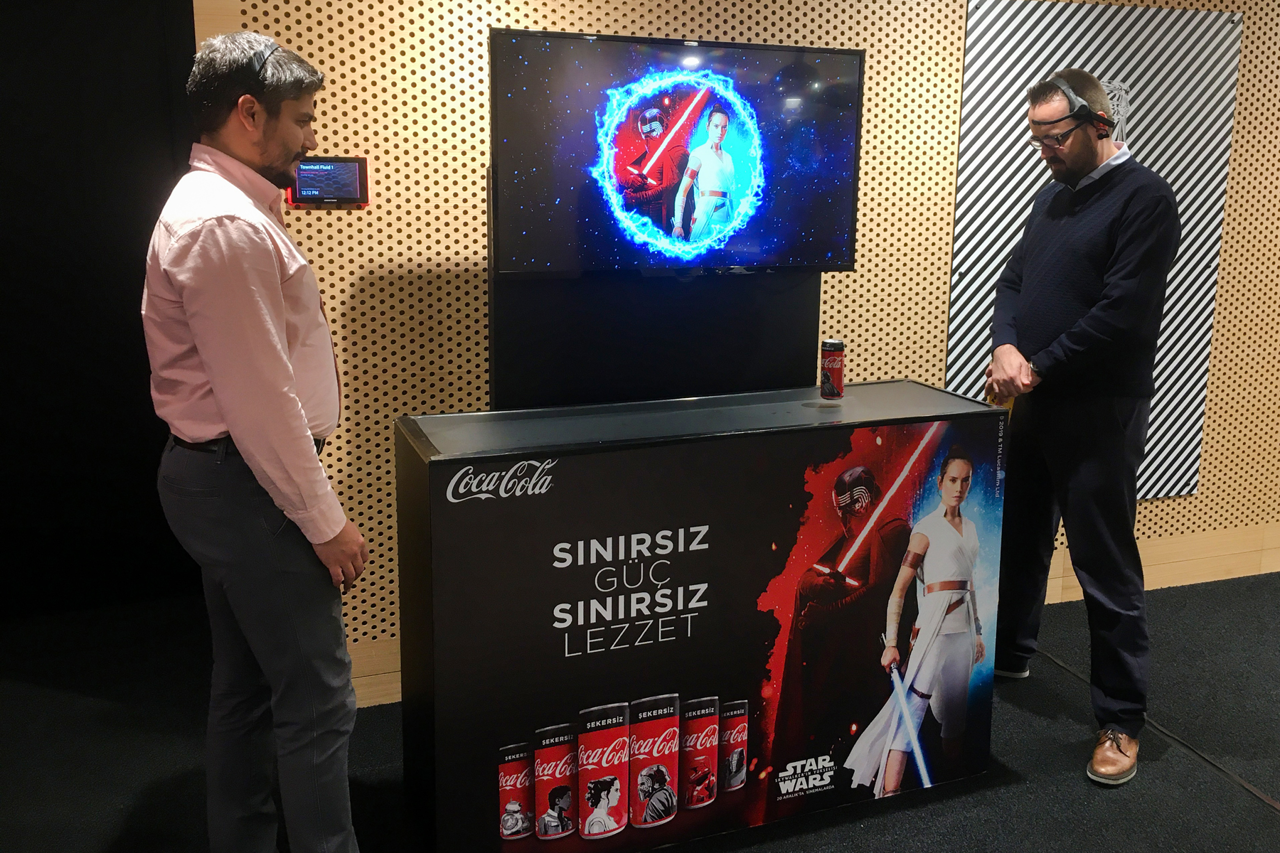 The game table has several different features inside. The PCB has a microcontroller on it. Two Bluetooth modules (HC-05) are connected to this PCB board to get the data from the headsets. There is a linear actuator module inside the table. This module contains a stepper motor. So, there is a stepper motor driver. The proper pins of the microcontroller must be connected to this driver. The connectors are placed on this PCB for it. There are three limit switches inside the table to manage the linear actuator's move. The sensors are basically used for calibration of the linear actuator. There are other buttons to manage the game.

The microcontroller manages all the game flow. The system first calibrates the linear actuator into the middle. Then, waits for the users to wear the headsets and get some data from them. After the data has arrived, the game could start.

The linear actuator is moved by the embedded software to the direction of the person who has more concentration level than the other.

The chassis of the Game of Brains is 3D designed with the Solidworks software and produced with aluminum. 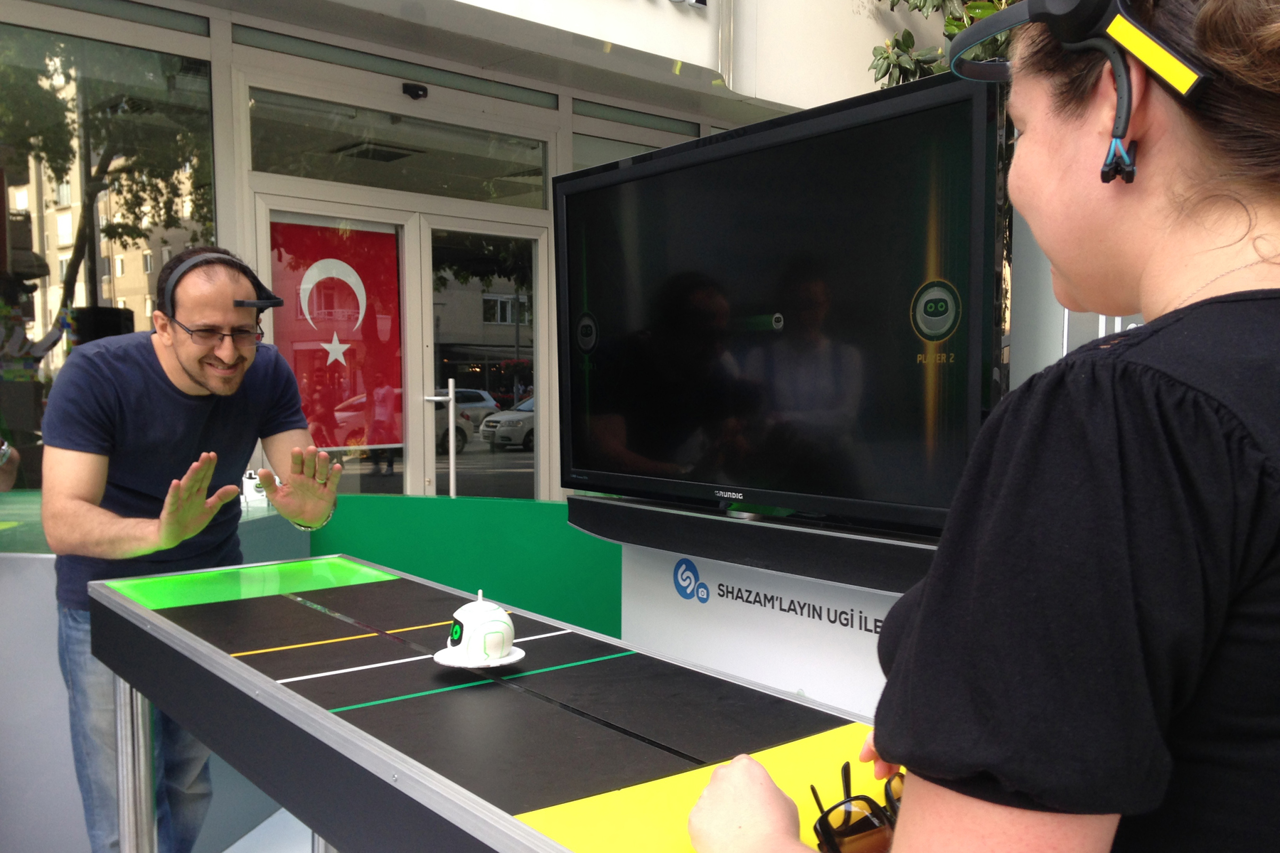 You can play without a headset only if you are Darth Vader the Dark Lord :)